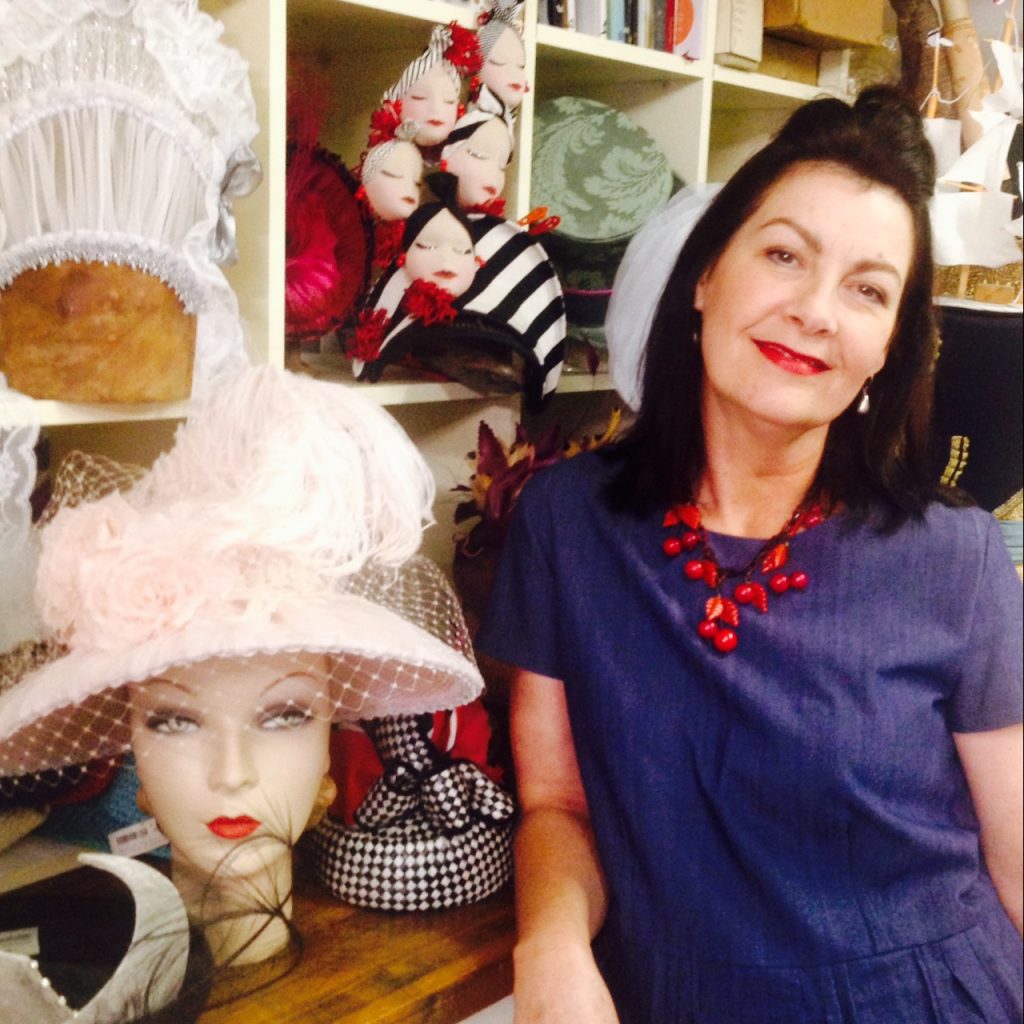 Rose Hudson’s extensive millinery career began in 1979. Since then, she has worked in all areas of the performing arts, including with the Australian Ballet, Opera Australia, Victorian State Opera and was Supervisor of the Millinery Department at the Melbourne Theatre Company for twenty years. She has made hats for film and television; recent work includes the Dressmaker and Essie Davis’ headwear in Miss Fisher’s Murder Mysteries on ABC TV. Rose’s work has been exhibited at the NGV, the Maritime Museum of Sydney and Flinders University Adelaide. Rose’s fashion millinery credits include best millinery on Melbourne Cup Day in 1996, and more recently as second runner up in the VRC/Myer Oaks Day Millinery Award in 2014 and again in 2017.

During her two-year term (2016-2018) as President of the Millinery Association of Australia Rose’s aim was to uphold great millinery standards, promote the wearing and manufacture of beautiful hats and to continue to educate the public by raising awareness of the extraordinary art of millinery.

Rose’s most recent millinery can be seen on the big screen in the feature film, Miss Fisher and the Crypt of Tears where she made all the headwear worn by Essie Davis, designed by Margot Wilson. She is currently working on headwear for the lead and characters in the musical 9 to 5, opening later in 2020.

In 2019 Rose’s work, ‘Prelude to a Kiss’ won first place in the Millinery Association of Australia’s Design Award and later, the same evening at the Gala event, Rose was inducted as the newest Hall of Fame recipient.

She teaches Theatre Accessories at Melbourne Polytechnic in Prahran.

Rose is the owner of wholesale millinery manufacturing business The Hat Blockers.