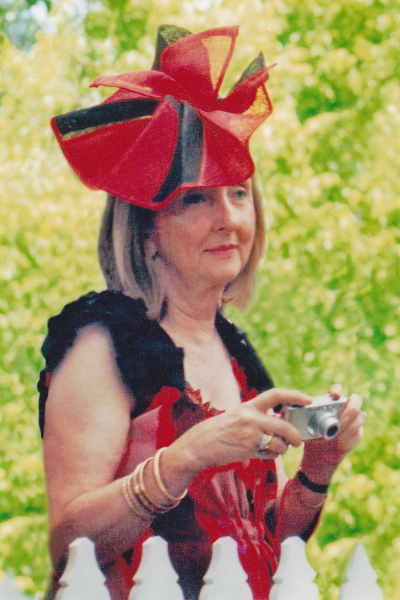 Robin was a previous Vice President of The Australia Millinery Association and lectured in Millinery at the Melbourne School of Fashion.

She graduated under the renown Milliner Gwenda Baker at the Institute of Technology in Adelaide. Later she completed a further four years study at Kangan Batman.

Robin worked for six years for S.A.Brown Hat Studio, where she revelled in making designer hats and millinery for men and women.

In 2010 she won the prize for the Melbourne Collins Street Precinct hat award for “Hats Off To The Races” .

Her established label R.R.’s reflects her own “Joie de Vivre “